Fibre composites in the building industry 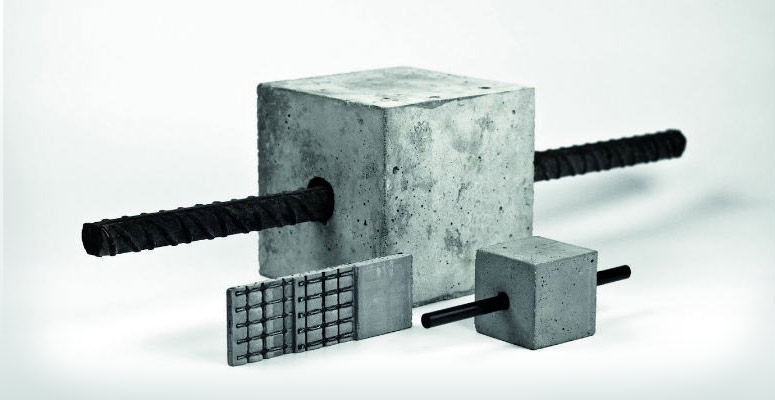 The development of fibre composite materials began in the 50s of the last century. Very soon they were also used as building materials. The chemical industry saw the construction industry as an important sales market. Between 1956 and 1970 about 70 different types of plastic houses were developed. One of the earliest and most famous is the Monsanto House. It was built in 1957 on behalf of the American chemical company Monsanto at a boatyard and installed at Disneyland in California.

Although fibre composites have never been used on a large scale as building materials, their properties make them perfect for the construction industry:
1. they have high mechanical strength and low weight,
2. are resistant to corrosion and fatigue
3. have a low thermal conductivity,
4. open up new and diverse architectural design possibilities and combinations of different material components.

Buildings are always designed for a defined use and are laid out accordingly. In the course of a building’s service life, various circumstances such as a change of use, ageing of the building materials or changed standards may mean that the initial assumptions no longer apply. The safety of the structure is no longer guaranteed. Reinforcement or upgrading of the structure becomes necessary.

In the past, various methods of structural reinforcement have been developed, all of which are more or less taken over or derived from conventional reinforced concrete construction:

However, all procedures are subject to certain restrictions. Either they increase the weight of the component significantly, or they restrict the clearance gauge of bridges. And sometimes the installation is particularly complex. Many of the procedures cause dirt, noise, vibrations and restrict the use of the structure for a long time. New techniques have been used since the beginning of the 1980s: To reinforce a structure, lamellas of carbon fibre reinforced plastic (CFRP) are bonded to the surface of the concrete. Since then, these CFRP lamellas have proven themselves under a wide variety of conditions: Thousands of buildings worldwide have been renovated or repaired for new tasks. CFRP lamellas are used as corrosion-resistant, bonded reinforcement for the economical strengthening of structures made of reinforced concrete or, in the meantime, also for wood. CFRP laminates are very well suited for the subsequent reinforcement of reinforced concrete structures. The subsequent reinforcement of structures with carbon fibre materials offers considerable advantages in terms of economy, processing and appearance. They increase the tensile, compressive and flexural strength of load-bearing components, whereby the construction dimensions and weight of the components are only slightly changed.

The technique of bonding CFRP laminates provides a fast, unobtrusive and economical method of reinforcing existing structures. This technique has become indispensable in many areas.

The use of glass fibre reinforced plastic (GRP) for bridges and bridge decks, on the other hand, would have many advantages. This material is resistant to frost and de-icing salts, the two most damaging external influences for concrete bridges. The second major advantage is its low weight: A plastic bridge weighs about forty percent of a steel composite and less than thirty percent of a prestressed concrete bridge and can be prefabricated in much larger dimensions and lifted in by crane. Currently, intensive work is being done on the development of GRP bridges, especially in the USA, Japan and Switzerland. The majority of these novel GRP roadways consist of extruded (pultruded) hollow sections with trapezoidal, triangular or square cross-sections. The profile height is usually around 200 mm, allowing main girder spacing of two to three metres. Research is concentrated on the investigation of the material properties of such roadways. In contrast, the development of a material-compatible design implementation is still in its infancy. The few GRP road bridges built so far, mainly in the USA, are not yet convincing, because they are still too much based on the models of steel and steel composite construction. For example, shear connectors are often used to connect the GRP deck to the main girders, which are then grouted with mortar.
This requires cutting holes and thus potential weak points in the GRP deck. Whether such a solution is really durable may therefore
are doubted. In Oxfordshire, UK, a road bridge was built in 2002, where not only the carriageway but also the longitudinal and main beams are made of plastic.
In Germany, the Hessian State Office for Roads and Transport has now begun testing the GRP material in a pilot project. Near Friedberg, a single-lane road bridge with a span of 22 meters is to span the B 455 federal road. The design, which was developed at the Institute for Supporting Structures and Structural Design (itke) at the University of Stuttgart, goes beyond the Anglo-Saxon models in some essential points.

However, fibre-reinforced plastics have other properties in addition to their high mechanical strength values, which can be used to advantage in completely different areas of the building industry. Their low thermal conductivity predestines them to be an important material for the building envelope to play a role. GRP enables new approaches here, as it not only has a low thermal conductivity, but is also load-bearing and durable. Pultruded profiles made of GRP have a glass fibre content of about seventy percent. The thermal expansion of these elements is very similar to glazing. This means that a direct bond between the glazing and the GRP mullion is possible by means of a rigid adhesive bond, without having to fear major constraining stresses due to different thermal expansions. The need for elastic layers between the glass and the mullion to compensate for expansion differences is eliminated.