The main objective of CFK Valley Japan is to promote cooperation in joint R&D projects that aim to realize innovations in the field of lightweight construction in order to strengthen lightweight construction technology and mobility industries in both countries. The aim is to bring together the world leaders in materials technology and process technology from Japan and Germany in order to prepare jointly for the challenges of the future. Innovations in the field of composite materials are to be realized for the benefit of the partners involved. The overall aim is to develop and establish sustainable business relations between the two countries for the benefit of both sides.

Japan is considered the world leader in carbon fiber production technology and carbon fiber manufacturing. The Japanese global market leader Toray, for example, is Boeing’s in-house supplier.. Germany is very strong in the field of process technology, especially with its expertise in mechanical engineering and automation. In cooperation with its Japanese partners, the CU association offers its experience and knowledge in network strategy and management, because innovations are only possible if the partners exchange information more openly. The cooperation between Japan and Germany is a perfect complement to both sides in bringing together the right international partners for competitive advantages in the field of fiber composite technologies.

For this reason, Composites United e.V. is striving for close cooperation with its Japanese partners. Both sides can benefit from each other.

Already since 2012 there have been close contacts to Japan and a regular exchange, which has been substantially supported by politics. In addition to the Ministry of Economics of Lower Saxony, represented by Mr. Niermann, Prime Minister Weil and the Mayor of the city of Stade, Mrs. Nieber, have also been involved. On March 12, 2014, on the occasion of the JEC World in Paris, CFK Valley Japan, the first international branch of the former CFK Valley e.V., was founded at the National Composite Center (NCC) at the University of Nagoya. The MoU was signed by Professor Herrmann, the Chief Technology Officer of CFK Valley e.V., and Prof. Ishikawa, the Director of the NCC at the University of Nagoya. 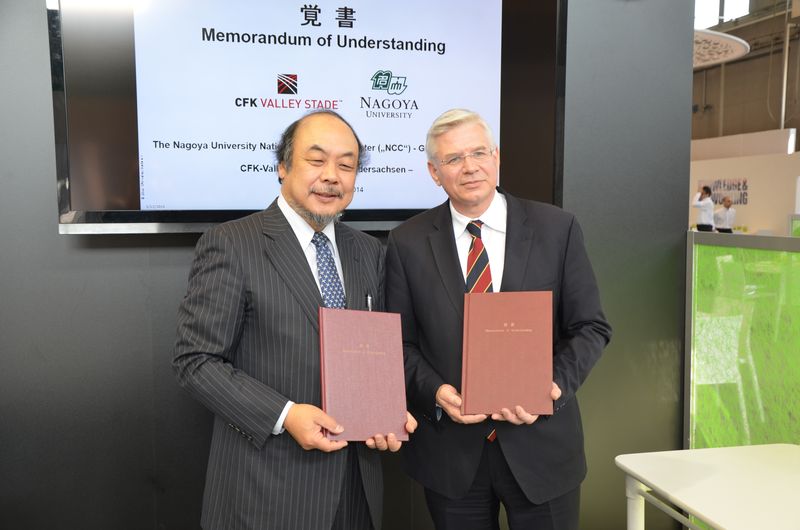 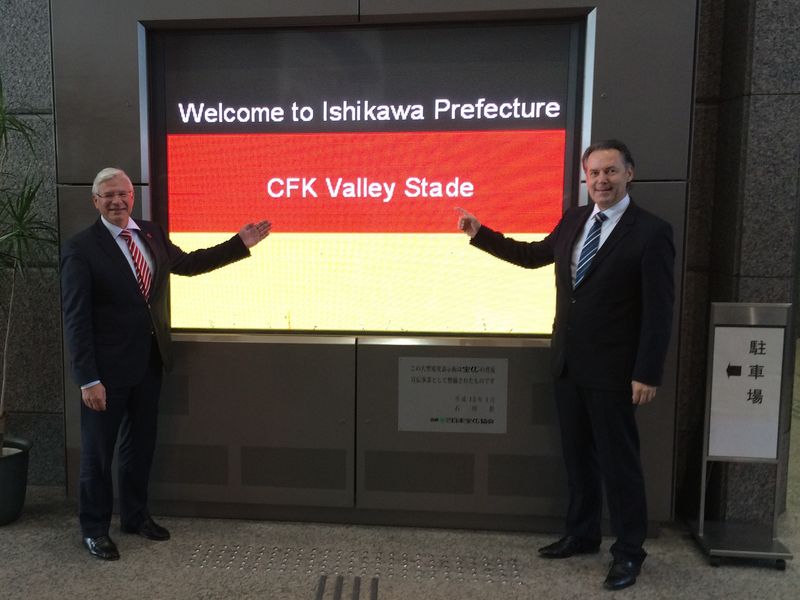 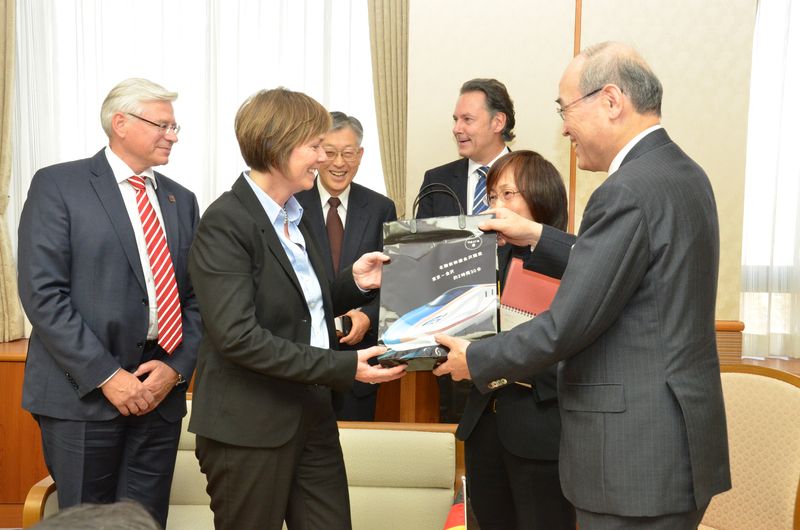 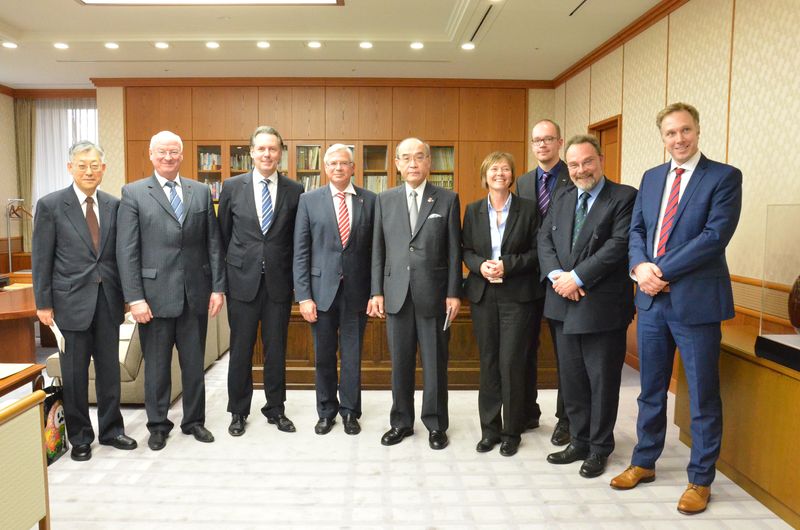 Shortly after the foundation of CFK Valley Japan, the cooperation in Japan was expanded in 2015 to include the Innovative Composites Materials Research and Development Center (ICC) at the Kanazawa Institute of Technology and the Fukui CFRP Industrialization Center, thus providing significant support to the Japanese government’s Japanese Composites Highway Consortium. The city of Stade and the state of Lower Saxony are very interested in a lively international exchange with the prefecture of Ishikawa northwest of Tokyo. In 2015, Prime Minister Weil himself signed a declaration of intent with the local governor Mr. Tanimoto in Hanover for intensified future cooperation. 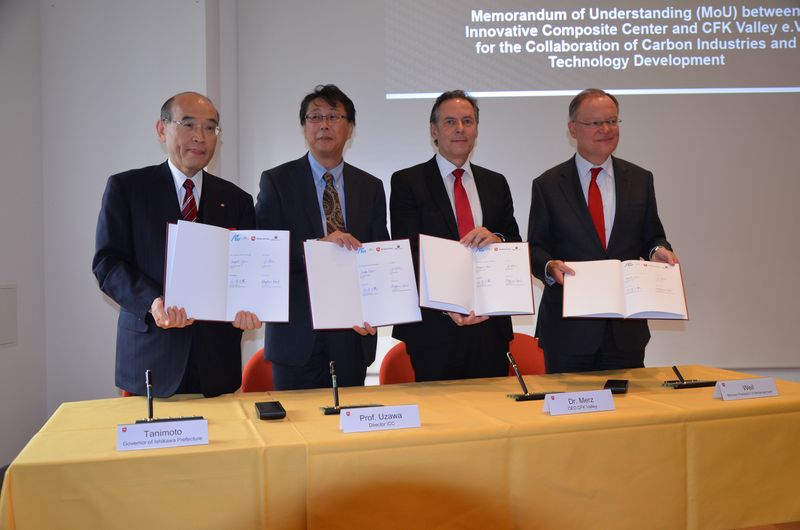 Relationships were further intensified, especially with the Japanese project partner ICC. In order to put together the German-Japanese project teams and to work out the joint projects, four trips to Japan and two meetings in Europe, one in Stade and one in Paris, took place in the two years. 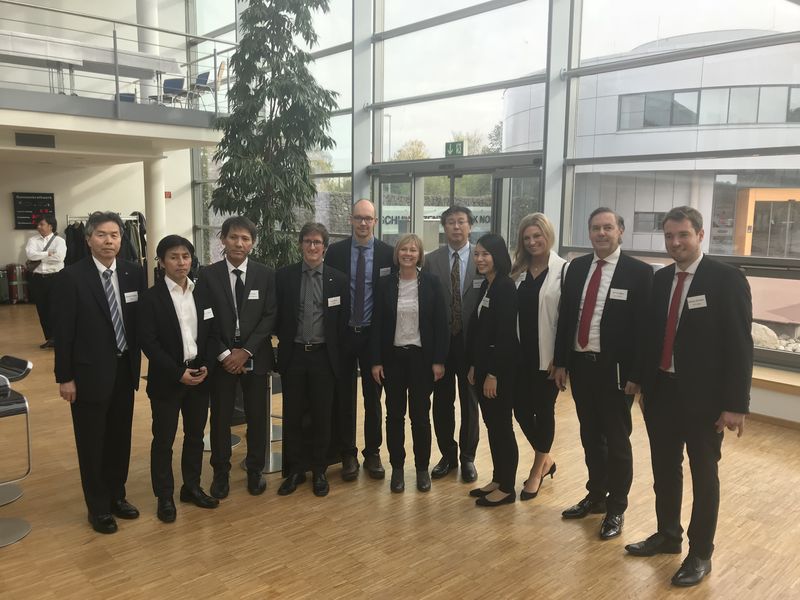 On November 1 and 2, 2018, CFK Valley e.V. succeeded in bringing together a total of 20 network partners from Japan and Germany for an exchange event. The Japanese business delegation met German business and political representatives in Stade. In the presence of the Mayor of the Hanseatic City of Stade, Mrs. Silvia Nieber, three concrete technical projects on the use of new materials in various applications and sectors were discussed and advanced.

The start of the joint technical projects was 01.04.2020. The Japanese and German companies are now actively working on the implementation for 3 years. Further exciting joint activities, such as the JEC Forum in Japan, and mutual visits are also planned for the future.

Feel free to contact us, we will help you.

CU is also involved in international projects. Below you will find more detailed information on the technical InterSpin projects (InterSpin = “Internationalization of Leading-Edge Clusters, Future Projects and Comparable Networks”) funded by the BMBF, which were compiled within the framework of the internationalization project and are now being carried outd by German and Japanese partners.

Composites United e.V. is open to all companies and research institutes that are active in the field of high-performance fibre composites.

How can you apply for a membership?

How does the procedure proceed?

When your application for membership has been received by Composites United e.V., the managing director will recommend – after examination – the acceptance of the application to the executive committee and inform you about it. If there is no objection within ten days, the recommendation is accepted. You will then be informed about the admission.

We are looking forward to welcoming you soon!

Advantages of a Membership

Support in the implementation of innovations
Participation in research and development projects
Research promotion via Carbon Composites Leichtbau gGmbH as a member of the German Federation of Industrial Research Associations "Otto von Guericke" e.V. (AiF).
Mediation of cooperations and business initiations with companies and research institutions of the latest composite technology
Involvement in new strategic development directions, e.g. in the field of digitisation and AI
Constructively critical support of the legislative authorities in the field of sustainability and recycling of CFRP.
Possibility of a targeted search for skilled workers
Access to new national and international markets
Information and participation in national and international funding initiatives
Reduced or free participation in theme days and specialist events
Free participation in numerous meetings of the working groups and circles as well as the possibility to create your own groups
High-profile presentation at the CU joint stand at national and international trade fairs
Publication of the latest information from your company in the CU reports
Reduced or free attendance of further education seminars
People with a passion for innovation and new technologies
National and international networking
Previous
Next

Since 2012 there have been close contacts to Japan, which have been continuously expanded in delegation trips to Japan in 2012, 2014 and 2015. Through the InterSpin+ funding project of the former CFK Valley e. V., activities have been significantly intensified since the end of 2017 and a total of 5 trips to Japan have taken place in the period from December 2017 to December 2019. An overview of these trips can be found on this page. 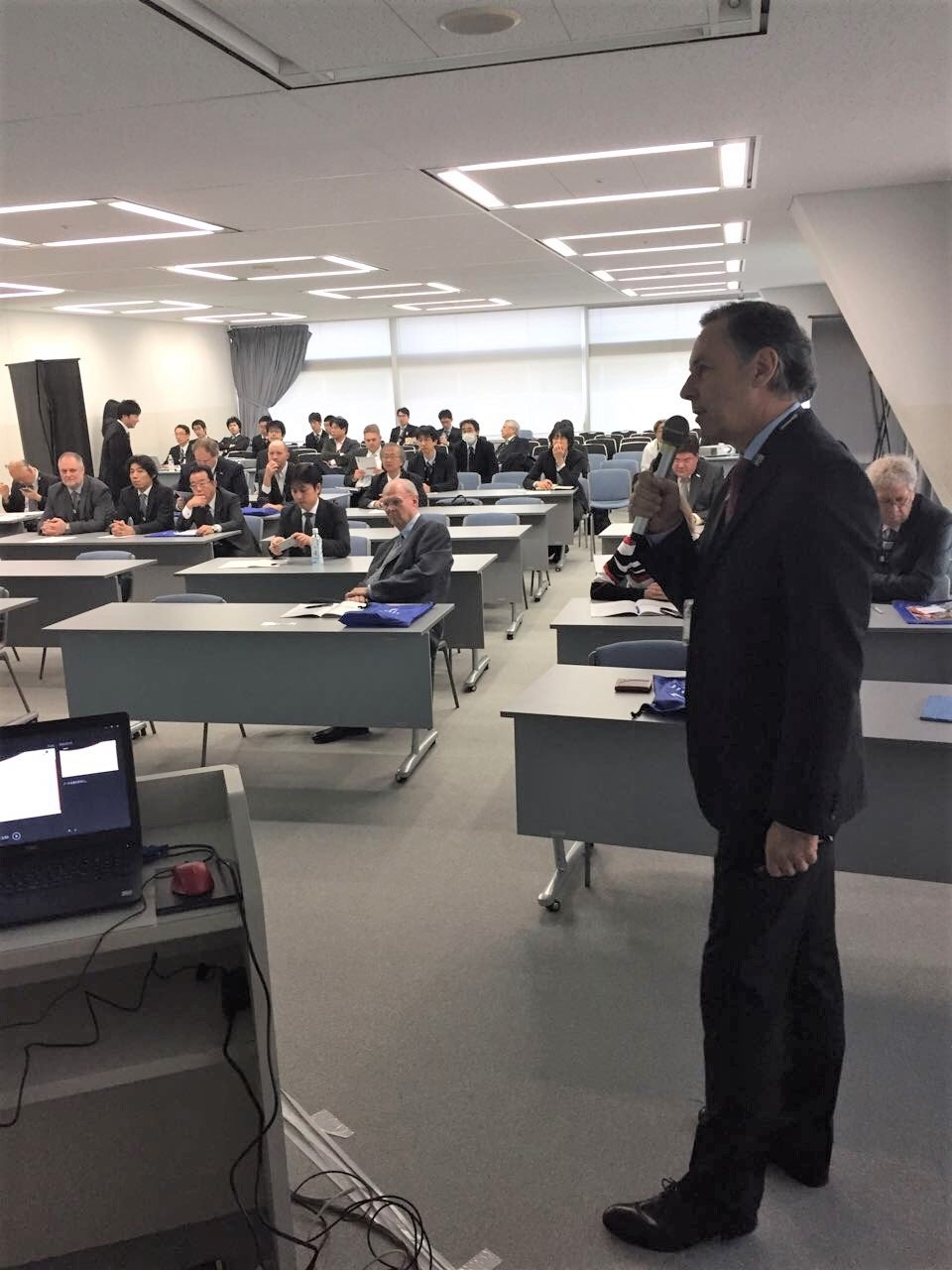 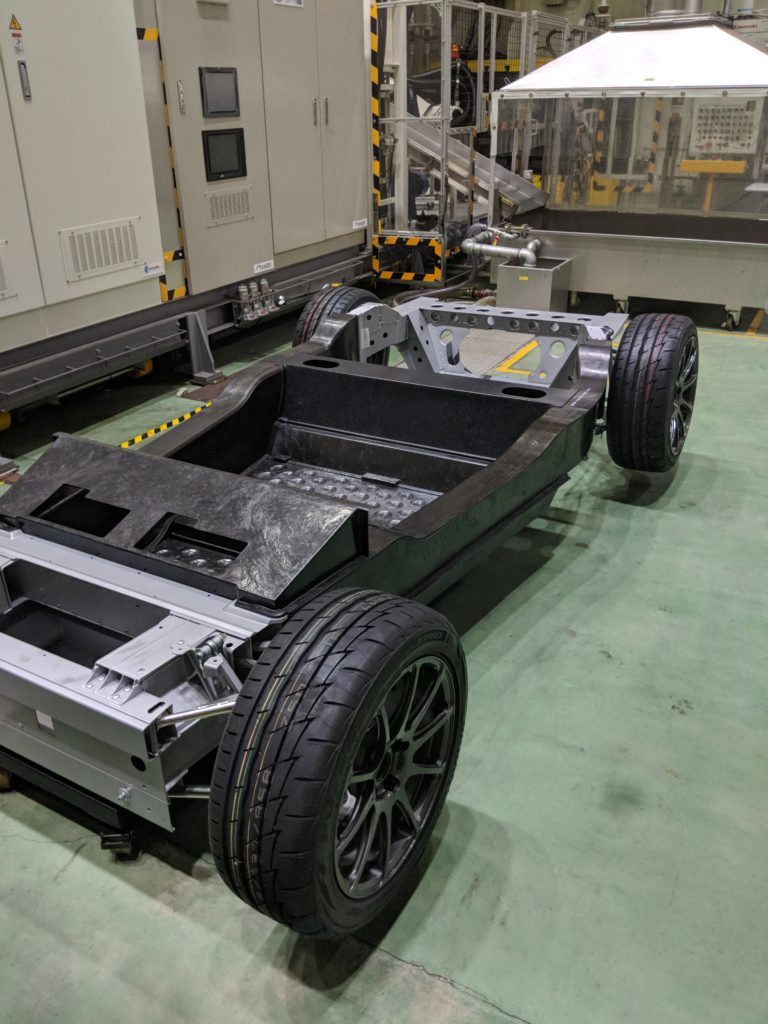 Japan Journey of Dr. Joachim Henning and Dr. Bastian Brenken to Kanazawa and surroundings to discuss project ideas with potential Japanese partners and the ICC and to sign Letters of Intent (LoI) for project implementation. 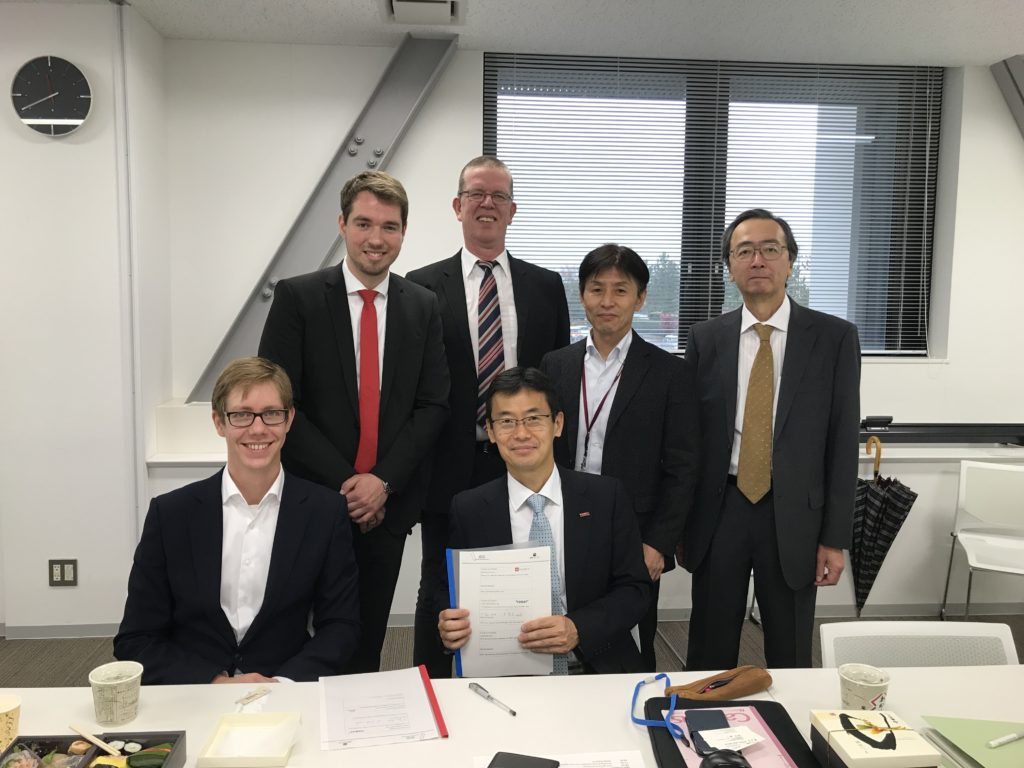 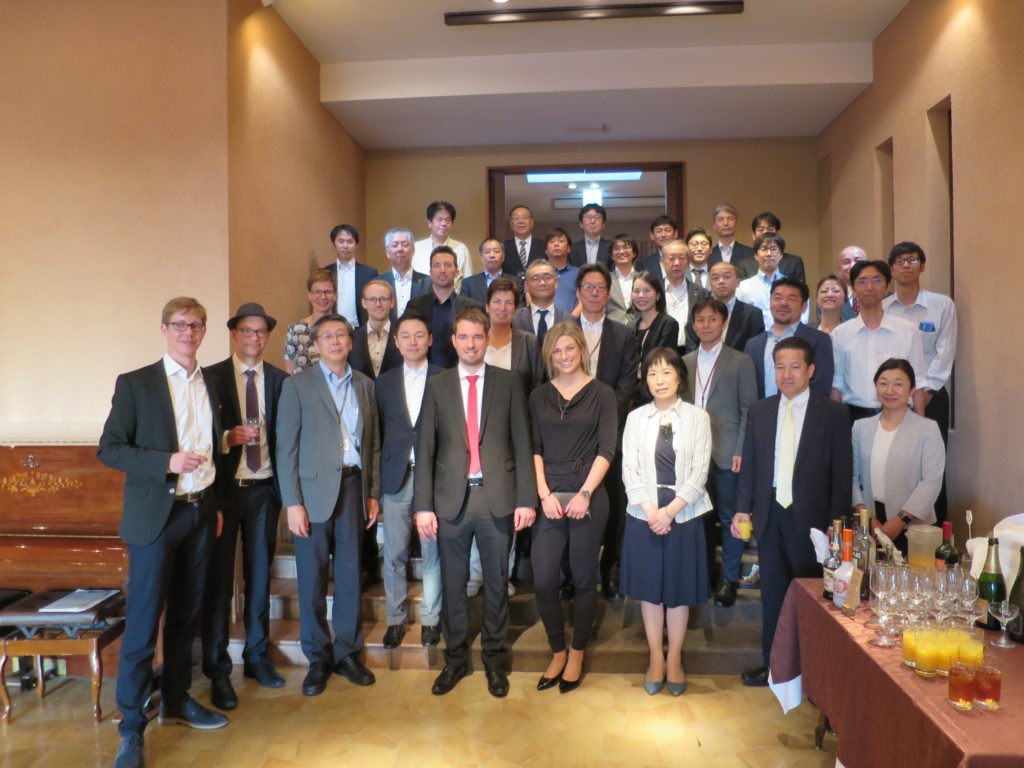 Japan Trip by Johanna Klee and Dr. Bastian Brenken with partners of the JEC Group to plan the JEC Forum Japan 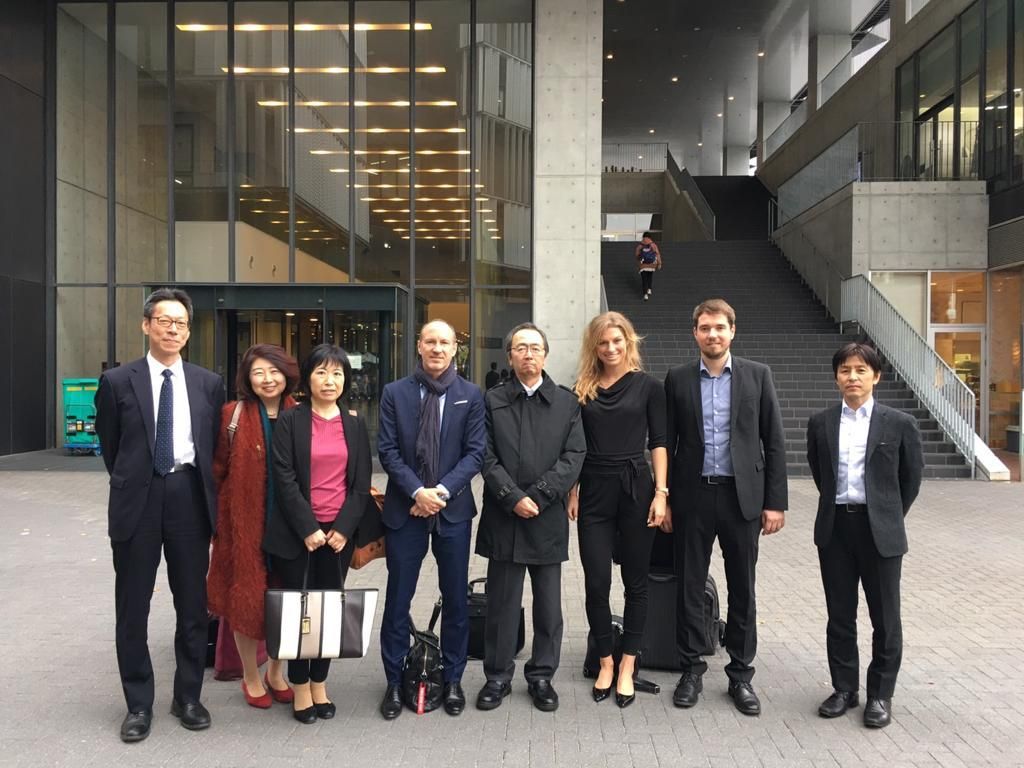 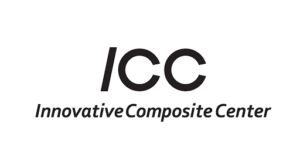 The ICC Research and Development Center strives for cross-sector, interdisciplinary technology integration through joint research with many research partners and companies. Through the joint use of knowledge and technologies for the production and use of composite materials, an innovative, application-oriented product development according to the Open Innovation concept takes place. Besides technology development, the aim of the activities is the best possible networking with Japanese and international partners in order to achieve joint value creation.

The Composite Highway Consortium with three composites centers (ICC, NCC, GCC) as the main actor regularly organizes the Composite Highway Convention. The consortium consists of eight public research institutions and private companies, whose core members are NCC of Nagoya University, ICC of the Kanazawa Institute of Technology and GCC of Gifu University. Its primary goal is to form the world’s largest hub for carbon fiber reinforced plastics (CFRP), encompassing research and development, production, processing and assembly of CFRP’s. The Composite Highway Convention brings together all member organizations to share current activities and publish the latest product development results. 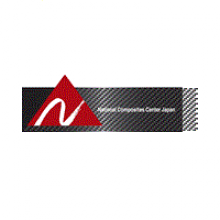 The National Composites Center (NCC) of Nagoya University was founded on the initiative of industry, academia and the Japanese government, to investigate and develop molding techniques for carbon fiber reinforced plastics (CFRP). The introduction of a large composite molding system including semi-finished product manufacturing and a large press enables the NCC to test and evaluate CFRP molding techniques with short cycle times on full-size components. The production technology established by the NCC is focused on the automotive sector and can be fed directly into the production lines. Based on these technologies, the National Composites Center (NCC) of Nagoya University successfully developed the world’s first lightweight thermoplastic CFRP chassis for passenger cars. 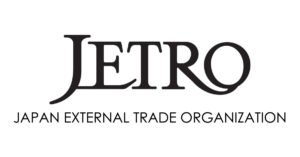 The Japanese foreign trade promotion organization JETRO supports companies for mutual trade and investment between Japan and the rest of the world. The CU has also worked closely with the organization to promote its activities, especially in Kanazawa. Delegation trips to Japan by German CU members were partly financially supported by JETRO, which greatly enhanced the exchange.